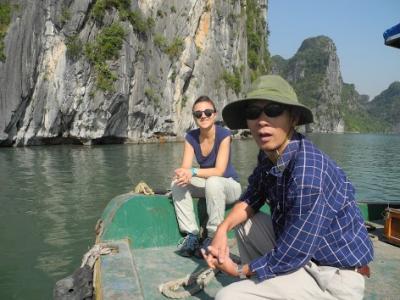 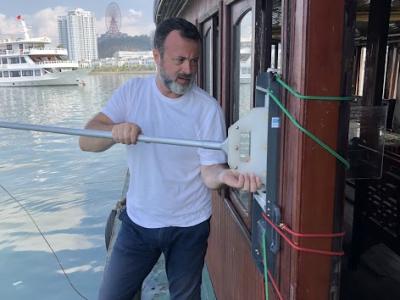 Black carbon is emitted to the atmosphere and deposited onto land and ocean surfaces via dry and wet deposition and riverine runoff at rates of up to 37 Tg C per year. BC particles are highly surface-active and adsorb dissolved organic matter (DOM) attracting bacteria. The BC degradation potential of marine bacteria and its impact on the biological carbon pump is unknown.

In November 2018 we inspected DOM adsorption and microbial colonization of BC particles in Halong Bay ("descending dragon" in Vietnamese), a 1553 km² bay in the norther coast of Vietnam sown with about two-thousand limestone isles, and a UNESCO World Heritage Site.

Such proliferation of bacteria suggests that the added DOM acted as a 'priming effect', promoting the colonization of black carbon particles and presumably their degradation. These results have been recently published in Science of the Total Environment.