The MIO staff came in large numbers to wish Dominique Poirot, Administrative Manager, a pleasant and active retreat on Monday, April 08, 2019.
Richard Sempéré recounted Dominique's career, accomplished at the CNRS...from Paris to Marseille, from the South-East Delegation to the MIO via the COM and the LMGEM. He highlighted his sense of public service, his rigour, his hard work and his abnegation in the management of important administrative and financial files: creation of the MIO, management of ERDF funds, moving to Oceanomed, preparation of the Management Dialogs, organisation of the MIO days and numerous symposiums and Workshops.
Dominique Poirot thanked all the people with whom she had the pleasure of working over the years. She congratulated herself on her career progression, which led her to become a Research Technician, Assistant Engineer and finally a Design Engineer, a sign of recognition for her assiduous and rigorous work. She concluded by saying she was happy to leave the workforce with the prospect of having time to spend with her family and hobbies.
The MIO staff then shared this moment of conviviality in front of a cocktail made in "flavours of the world".
All MIO staff wish him "good luck". 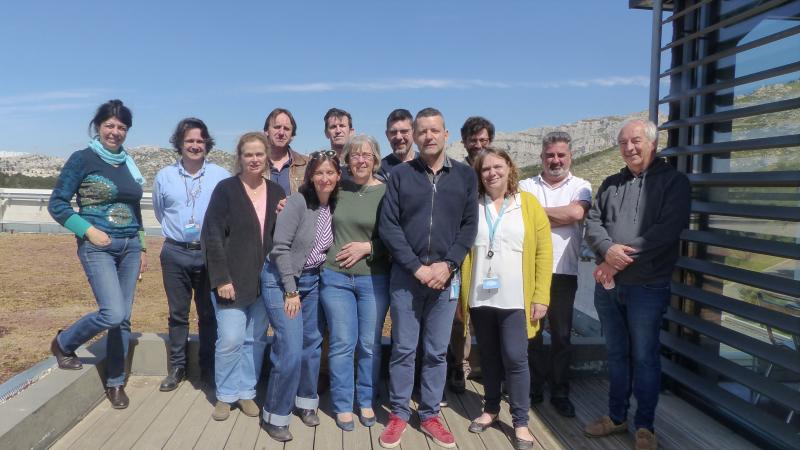