The ecosystems of the Mediterranean Basin (MB) form a complex and unique network of terrestrial and marine biota. They are heavily exploited and impacted by agriculture and forestry, by urbanization and tourism, by fisheries and other marine resource use. Ecosystems play a key role in sustainable regional development.

Their management should benefit from science-based assessments of environmental risks and vulnerabilities.

The LaSeR-Med project is a first step towards this objective: it aims at analyzing the influence of climate change combined with land-use scenarios derived from socio-economic scenarios on food sufficiency using an integrated process-based model of the key elements of the coupled system (Fig 1). 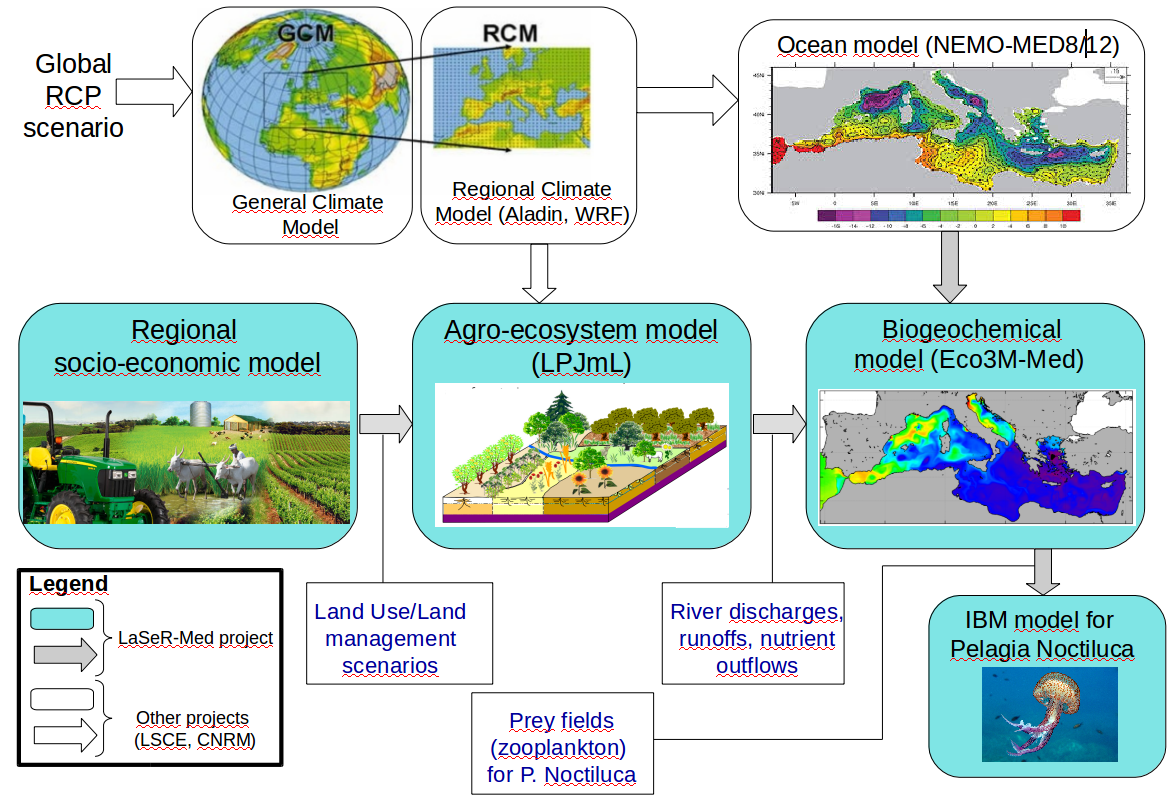 Fig. 1: The integrated model and the different inputs/outputs connecting the different sub-models. Ocean dynamics used for the coupled physical-biogeochemical ocean model is described in  Hamon et al. (2016) for the hindcast with NEMO-MED12 and in Seuvault et al. (2014) and Darmaraki et al. (2019) for the RCP8.5 climate scenario with NEMO-MED8.