An international team of 29 researchers and engineers will travel the Pacific Ocean between Nouméa and the Tonga Volcanic Arc from 1 November to 5 December 2019 aboard the oceanographic vessel L'Atalante. This campaign, called TONGA, aims to study the impact of shallow underwater volcanoes on marine life.
Coordinated by two researchers, Cécile Guieu, from the Oceanography Laboratory of the Institut de la Mer de Villefranche-sur-Mer (CNRS/Sorbonne University) and Sophie Bonnet, from the Institut Méditerranéen d'Océanologie (CNRS/IRD/Aix-Marseille Université/Université de Toulon), the Tonga project brings together more than 90 scientists from 14 French laboratories based in mainland France and New Caledonia and six international universities (United States, Australia, United Arab Emirates, Germany, Great Britain and Israel).

Aboard L'Atalante, a ship of the French Oceanographic Fleet operated by Ifremer, 29 researchers and engineers will sail for five weeks between Nouméa and the Tonga Volcanic Arc. Their objectives: to study precisely the role of fluids emitted by underwater volcanoes (rich in trace elements, nutritive or toxic) on microalgae living in the ocean's surface waters and on the ocean's ability to trap carbon dioxide from the atmosphere.
After locating one or more shallow active volcanoes, the team hopes to elucidate the role of fluids emitted by volcanoes in fertilizing the South Pacific Ocean with iron, a micronutrient essential to life. This fertilization mechanism could explain the microalgae blooms observed during the austral summer between Australia and the Tonga Arc.
Experimental studies will also be conducted on board the vessel on these fertilizing or toxic effects of hydrothermal fluids on the surface plankton. Attached along a mooring line anchored for one year, other instruments will monitor the ocean's ability to biologically sequester CO2, a first in this region.

In addition to scientists, through the educational project "Adopt a float", the Tonga campaign will also involve primary, middle and high school students (including a school in Nouméa). They will follow biogeochemical profiling robots and participate in data collection operations.

To do this, the team will rely on various specialists in hydrothermal spring geochemistry, trace element chemistry, physical oceanography and biology. The use of satellite images, automated sensors, in situ robots or modelling will enable real-time acquisition of physical, chemical and biological parameters from the atmosphere to marine sediments.
The Tonga campaign is funded by the French Oceanographic Fleet TGIR, Ifremer, the National Research Agency (ANR), the Lefe-Cyber and Lefe-GMMC programmes led by the CNRS, the A-MIDEx Foundation, the IRD and partner laboratories.

The team that embarks on the campaign 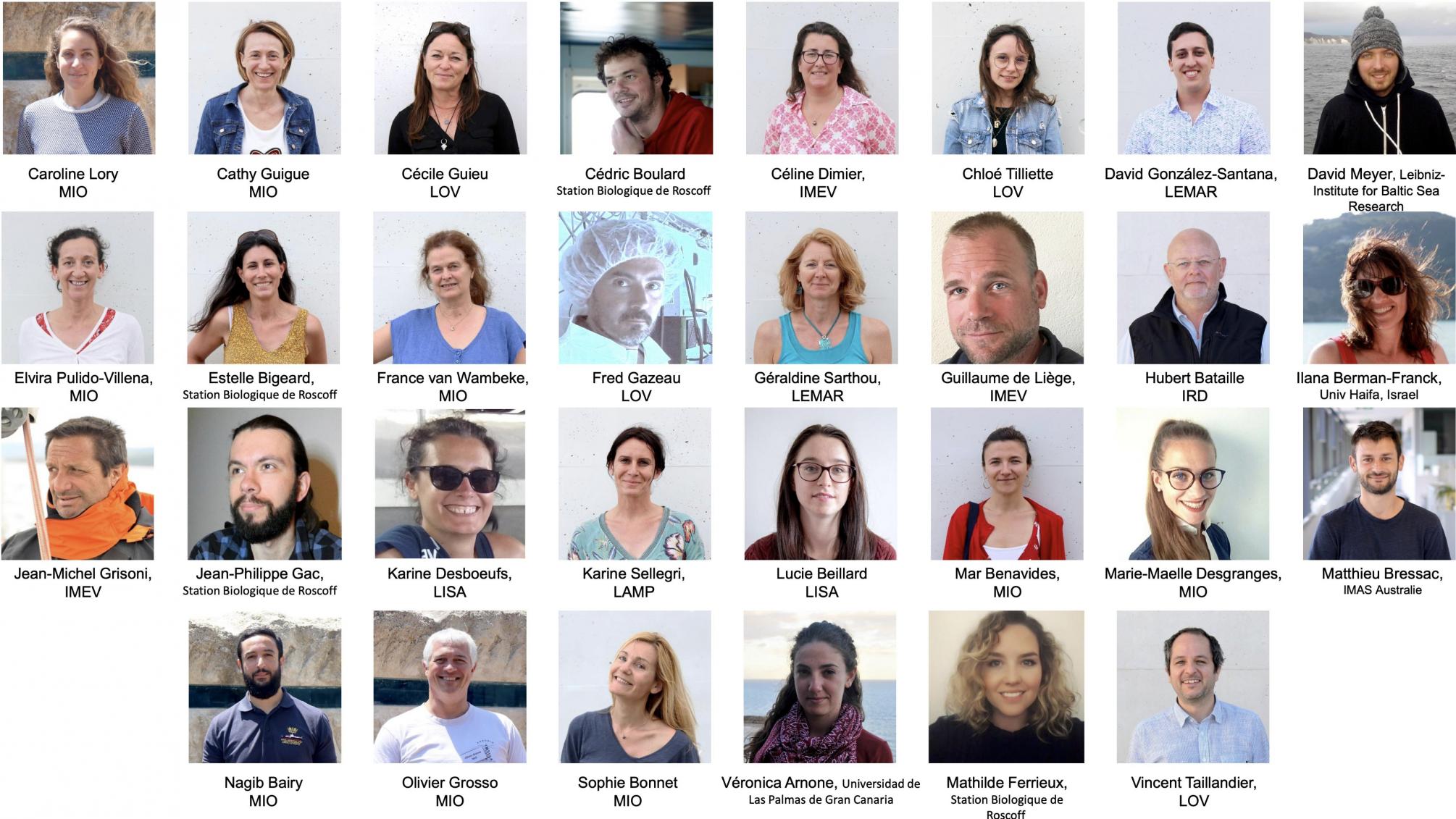