Protecting biodiversity: on the way to zero plastic waste

Richard Sempere, Director of the Institute of Ocean Sciences at AMU and member of the MIO, spoke at the IUCN congress on BFMTV Marseille, about the degradation of plastic as part of the ambitious project of the South Provence-Alpes-Côte d'Azur region to achieve zero plastic waste by 2030. 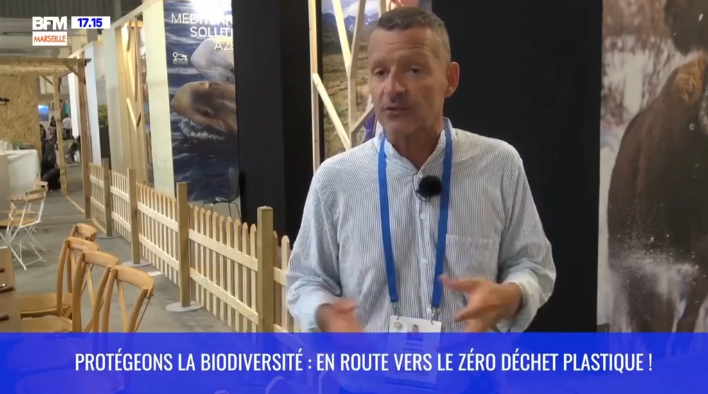 Marine biodiversity: how to preserve the Posidonia meadow ?

In the Mediterranean, a large part of the biodiversity develops on the sea bed between 0 and 50 meters. It is at this depth that we find the Posidonia meadow, a flowering plant endemic to this sea, a real nursery for the Mediterranean marine world. 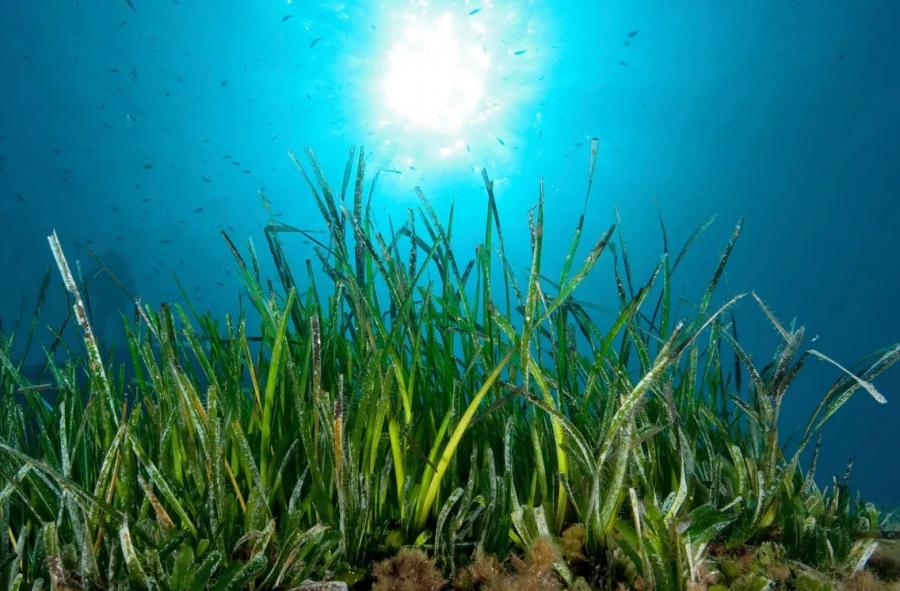 Jacques Piazzola, Professor, member of the MIO and Director of the MEDD Pole of the University of Toulon was interviewed on July 4th by Judith Beller on Sud Radio (from 26"10). A nice exchange also with the journalist Christine Kelly. The Pole MEDD, the climate field, the anthopic impact and the marine environment are in the spotlight today !

The fire on board a cargo ship that has been sinking for 13 days off the coast of Sri Lanka's capital was extinguished on Tuesday 1 June thanks to an international operation. But the ship is now sinking, with fuel oil, nitric acid, and millions of plastic pellets on board that have already started to spread. As Damien Sous (from 2'10"), from the MIO-University of Toulon, explains, the most direct impact remains fuel oil and nitric acid !

Delphine Thibault from MIO intervened (from 38'10") this June 4, 2021 on jellyfish and gelatinous bodies in Le club de la Terre au carré on France Inter
Learn more about jellyfish, these gelatinous animals that we will meet in the water this summer !

How are microplastics transported and dispersed in the ocean? What role do beaches play? Are they a source by reinjecting microplastics into the oceanic environment or a sink in which they would be deposited?

NOTION Project: These small marine creatures that could save our oceans

The ocean contributes to climate regulation. Thus, in the face of global warming and ocean acidification, what is the role of diazotrophic plankton in this function? Who are their allies? What are the consequences of climate change on these micro-organisms and, more importantly, on the biological activity and productivity of the oceans?

Watch the replay of the conference given by Mar Benavides, microbial oceanographer and researcher at the Mediterranean Institute of Oceanology (MIO/IRD), who presented the NOTION research project she is leading.

Xavier Mari, biogeochemist and oceanographer at IRD-MIO spoke on March 22, 2021 at the online event on air pollution entitled "Black carbon: the dark side of human activity". He shared with other experts the results of past and ongoing projects, as well as solution-based initiatives designed to mitigate air pollution and reduce emissions.

Emily Strady, also a researcher at IRD-MIO, brought her expertise on the issue of plastic pollution in marine environments to the event "Leaking Cities in South-East Asia: Marine Plastic Pollution". She spoke about interventions to significantly reduce the global dumping of plastics in the oceans, particularly in Southeast Asia.

SurLeFront : The disaster of ghost nets

They represent 10% of the plastic in the oceans and are a death trap for marine animals. They are ghost nets: fishing gear lost or abandoned by fishermen.
Divers are fighting against this plague in the Mediterranean.

One year ago, the Atalante, a french oceanographic vessel, sailed towards the Pacific in search of shallow submarine volcanoes to understand and anticipate the consequences of fluid emanations on marine life and climate. The expedition, led by Sophie Bonnet (MIO IRD) and Cécile Guieu (LOV CNRS), is analyzing and studying the consequences of the contribution of trace elements from shallow hydrotermal sources to determine their potential impact on marine productivity and the biological carbon pump.

Welcome aboard the Nautilus League submarine !

We talk about Sargasso with Thierry Thibaut, teacher-researcher at the MIO !

Descend into the Abyss in video!

Echosciences - Culture Science PACA - BathyBot, the explorer of the depths !

Impact of Cigarette Butts on the Marine Environment

the impact of fine particle pollution on marine processes !

In order to be able to carry out experiments to determine the impact of fine particle pollution on marine processes, we acquired the Aufero air purifier developed by ENS Clean Air. Technically, this air purifier works by positive ionisation. The fine particles, which are drawn in at a flow rate of 7500 m3/h, are ionised at the inlet of the air purifier and then collected on a negatively charged metal plate, thus purifying the exhaust air. This filterless air purification system (i.e. it can operate continuously) is capable of removing particles from 10 nanometres to 30 micrometres in the ambient air. This equipment, generally used to purify the air in very large polluted spaces, such as car parks, has been acquired with IRD funding as part of the SOOT-SEA initiative in order to collect large quantities of fine particles; these are recovered by scraping the collection plate.

Initially planned to be installed outdoors in Hanoi, we felt it would have been a pity if no one had taken advantage of this purified air. So, in agreement with the French Embassy in Vietnam and the French Lycée Alexandre Yersin, we opted for an installation in the gymnasium of the latter.

Indeed, given the deterioration of the air quality in Hanoi, the school had to implement a protocol to protect the students, including the elimination of outdoor classes when the PM2.5 concentration exceeds 55 µg/m3 (AQI>150); the classrooms benefiting from a general air purification system. The gymnasium to which the students could have gone when air quality reached critical levels was not equipped with an air purification system.

The SOOT-SEA air purifier was therefore installed in the gymnasium. It operates continuously and provides both cleaner air in the gym and a continuous collection of particulate aerosols present in Hanoi. We collect about 200g of fine particles every 3 months.

The Interreg Marittimo SPlasH project! (Stop alle Plastiche in H2O) project aims to analyze the presence, origin and dynamics of microplastics in the ports of the Tyrrhenian Sea (Genoa, Olbia, Toulon) as well as to determine their potential role as a vector of contaminants in coastal areas. The data collected by the MIO laboratory of the University of Toulon and its partners will provide the international community with elements to better understand the link between geography and quantity/nature of microplastics as well as the risk associated with their presence.

Talk to an Arctic scientist

The France 3 TV film crew interviewed Sandrine Ruitton, Cristele Chevalier, Léo Berline, and Thierry Thibaut on their research on the Sargasso, in our offices. 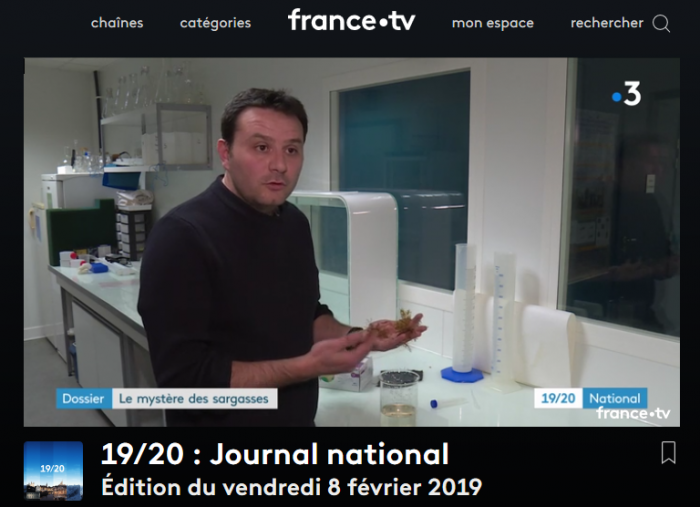 Debate on France 3: Saving the Mediterranean

It is a sea on the edge of asphyxiation. Seriously threatened by pollution, overfishing, mass tourism.... How to save this common natural heritage? Inventory, initiatives, solutions...

Richard Sempéré, director of the M.I.O., participated in a debate with experts, witnesses and actors involved after the screening of the film La Méditerranée va-t-elle passera- l'été? (A film by Alexis Marrant, co-produced by ARTE France / CAPA PRESSE) broadcast on September 24, 2018 after Soir 3.

Les Lumières de l'Exploration, an association mandated by the Société des Explorateurs Français, organized the third edition of the Festival du Film d'Exploration Scientifique et Environnementale, at La Ciotat, at the Cinéma Eden Théâtre, with the screening of expedition and discovery films, meetings with the Explorers, conferences and exhibitions. 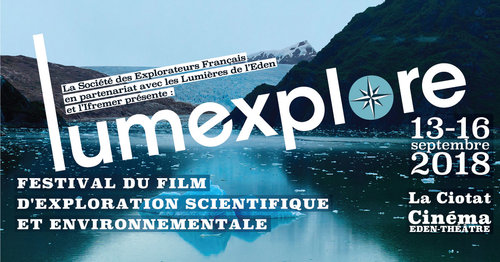 Guillaume Marchessaux, doctoral student at the MIO, questioned about the invasion of Mnemiopsis leidyi in the Etang de Berre

Mediterranean: can we still save it?

The M.I.O. was present at the World Festival of Underwater Images from 29 October to 1 November 2015 with :

The MIO participated at Science, on tourne !

Damien Sous, a teacher-researcher at the MIO and responsible for hydrodynamic measurements in the Adour estuary, participated in this wonderful adventure as part of the PANACHE project (CNRS INSU EC2CO).

Futura Sciences posts a video by Sandrine Ruitton of the MIO: Posidonia, essential to the marine life of the Mediterranean

In search of the new Sargasso Sea

From June 19 to July 13, 2017, a scientific expedition conducted on board ANTEA, a ship of the French Oceanographic Fleet, enabled a team of researchers to carry out a significant sampling of the fauna and flora associated with "sargasso rafts". These pelagic brown algae found in the tropical Atlantic have been stranded on the Atlantic coast since 2011, due to ocean circulation. They are responsible for significant environmental, health and economic problems, particularly in the Caribbean and French Guiana.

The OUTPACE cruise in video!

The OUTPACE oceanographic cruise took place from February 18 to April 3, 2015 in the Pacific Ocean aboard the N/O L'Atalante. The project aimed to provide a zonal description of biogeochemistry and biological diversity in the tropical southwest Pacific and to produce a detailed study of organic production and its future in three contrasting sites, with particular attention to production supported by nitrogen fixation and carbon export by the biological pump. 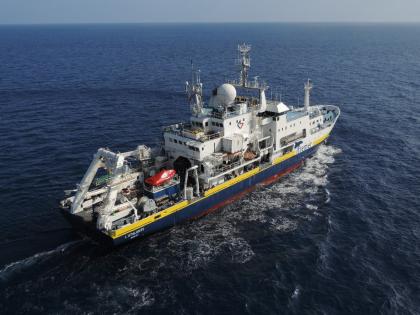 In the light of the cytometer, phytoplankton under influence

Let's embark on this film made by Canal IRD aboard the Hannibal, for a double mission: to carry out phytoplankton measurements using automated techniques in the Gulf of Gabes on the east coast of Tunisia, and to train Tunisian students in these techniques.

Etang de Berre, a body of water as it is (The)

A film directed by Marcel Dalaise and produced by CNRS Images.Researchers in different disciplines try to find solutions to rehabilitate this lake and its ecosystem into a living place for those staying on its banks. 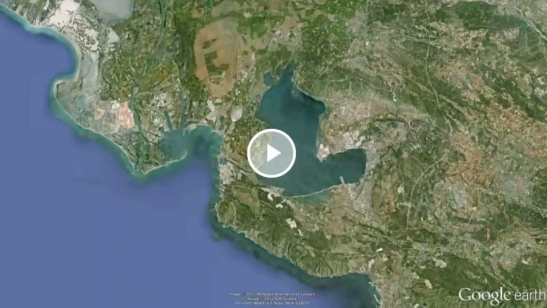 The documentary film made in early 2013 by Jean Michel Boré (IRD) during the VAHINE cruise in New Caledonia, was presented to the general public during the New Caledonia Underwater Image Festival.

Artificial reefs of the Prado

Five years after the establishment of the Prado artificial reefs in the sea, Sandrine Ruitton (MCF at the MIO) in charge of the scientific monitoring of the PRADO RECIFS programme (City of Marseille) offers you a beautiful video taken during her dives in 2012.

Between science and writing: Binôme The meanings of words

Binôme is the result of a collaboration between playwrights, artists and scientists. According to a precise and timed protocol, each Binôme - a scientist and an author - produces a text that is read by a group of actor-directors and musicians. Each reading is preceded by a film showing the encounter between the scientist and the author.

Acids Tears of Bonne-Maman : Julie AMINTHE, author and Marc TEDETTI, biochemical oceanographer, specialist in the impact of UV rays on the marine environment of the Mediterranean Institute of Oceanography (IRD, MIO - OSU Pythéas).

Working on global warming or already facing its effects, researchers, academics and natural park managers will give us their impressions. Success or failure? What future for our region? For its landscapes and biodiversity? What kind of agriculture tomorrow?
Focus on global warming, its already visible... and predictable effects.

The future of the Mediterranean is worrying

Richard Sempéré from the MIO and Etienne Ruellan from the INSU interviewed by La Provence.com during the International MISTRALS Conference - 20-22 October 2015.

Global warming will not spare the Mediterranean, this is the assessment established by scientists and academics who will deliver their first results at the Mistrals conference, organized at the Villa Méditerranée in Marseille : Report. 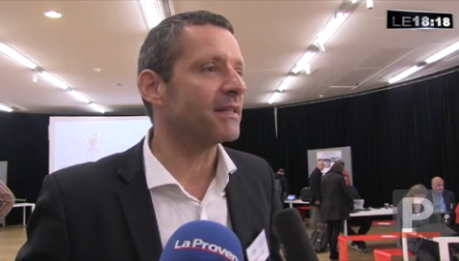 MISTRALS 2015: the videos of the conference

Find all the videos of the MISTRALS 2015 International Conference event on the IN2P3 CNRS website and in particular the speech by Richard Sempéré, MIO Director, Overview of the MERMEX activities and indicators and François Carlotti, Ecological processes: biogeochemistry and food web interactions. 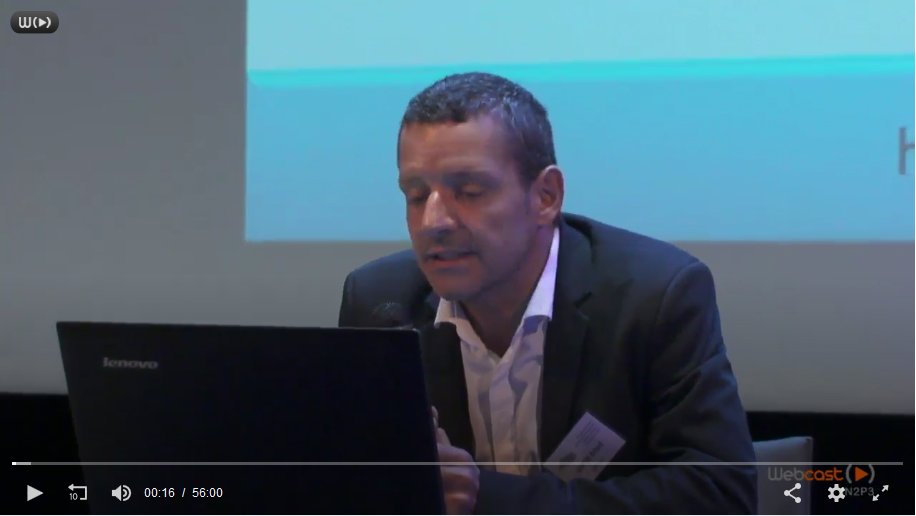