TONGA is a multidisciplinary project dedicated to the study of the control of ocean productivity and carbon export driven by micronutrients from hydrothermal origin. It is based both on a 37-day oceanographic cruise in the Western Tropical South Pacific (R/V L’Atalante) and modelling work and involves hydrothermal geochemists, physical oceanographers, trace element chemists (ocean and atmosphere), biogeochemists, biologists and modellers. 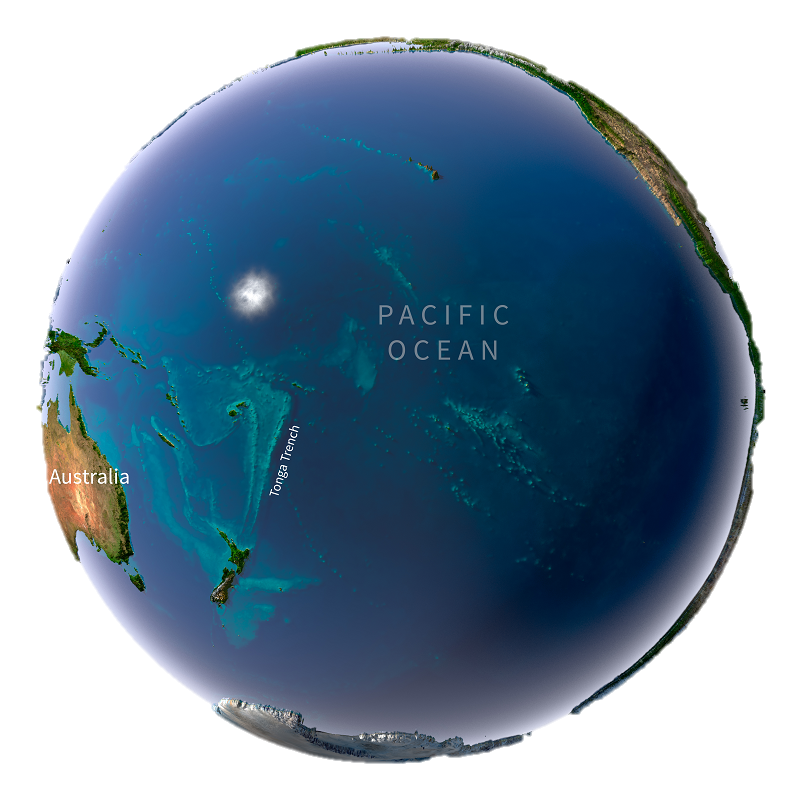 The Western Tropical South Pacific (WTSP) Ocean has recently been identified as a hotspot of N2 fixation and harbors among the highest rates reported in the global ocean. N2-fixing organisms have high iron (Fe) quotas relative to non-diazotrophic plankton and their success in the WTSP has been attributed to the alleviation of Fe limitation in this region. However, our knowledge on Fe sources and distribution in the WTSP remains limited. During the OUTPACE cruise in 2015, the proposed team identified a shallow (<500 m) hydrothermal Fe source in the WTSP close to the Tonga volcanic Arc, which resulted in high concentrations (4-60 nM) of dissolved Fe (DFe) up to the photic (~0-150 m) layer. Such inputs are suspected (together with high sea surface temperature ~27-29°C) to trigger diazotroph blooms in the WTSP. However, the potential impact of such hydrothermal input on plankton communities and biogeochemical cycles of biogenic elements (carbon (C), Nitrogen (N), Phosphorus (P)) remains to be studied. In this context, the main objectives of the TONGA project are:

To achieve this goal, we propose a multidisciplinary approach based both on a 37-day oceanographic cruise (R/V L’Atalante, approved for 2019 by the TGIR FOF) in the WTSP and modelling work. The TONGA consortium involves 85 scientists from 19 international institutions among which hydrothermal geochemists, physical oceanographers, trace element chemists (ocean and atmosphere), biogeochemists, biologists and modelers.

The cruise will consist of 31 short (6h) stations and two 5-day process studies stations above 2 known active shallow submarine volcanoes. Hydrothermal tracers and the full suite of physical/hydrological/biogeochemical/biological parameters will be measured together with atmospheric survey. We will also deploy drifting and fixed mooring lines, turbulence profilers and ARGO floats to determine how shallow hydrothermal venting impacts trace elements and isotopes distributions in the mixed layer (Task 1), and how physical parameters impact the plume dilution and transport (Task 2). The potential effect of those inputs on plankton communities (fertilization vs toxicity) depends on their bioavailability that will be assessed through trace metal chemistry investigations. The impacts on ecosystem functioning and biogeochemical fluxes (Task 3) will be investigated based on stocks, fluxes and plankton diversity measurements across hydrothermal gradients, and complemented by means of mixing experiments with hydrothermal fluids in trace metal clean Climate Reactors recently-developed by the proposed team. These observations will fuel several modelling approaches and vice-versa: (1) a multi-scale modelling approach will allow to better characterize the local and regional dispersion of hydrothermal nutrients in the WTSP, (2) a new Lagrangian modelling approach will be used to quantify the transport of hydrothermal Fe to the photic layer and (3) a coupled dynamical PISCES model version that includes dynamic Fe binding ligands, colloidal Fe, alongside hydrothermal input will allow to characterize the role of hydrothermal Fe on primary production and export.

TONGA has been endorsed as a GEOTRACES process study and received a letter of support from the IMBER international programme. It will significantly improve understanding several fundamental processes linked to the impacts of shallow hydrothermal sources on ecosystem functioning, a question that have not been addressed so far. 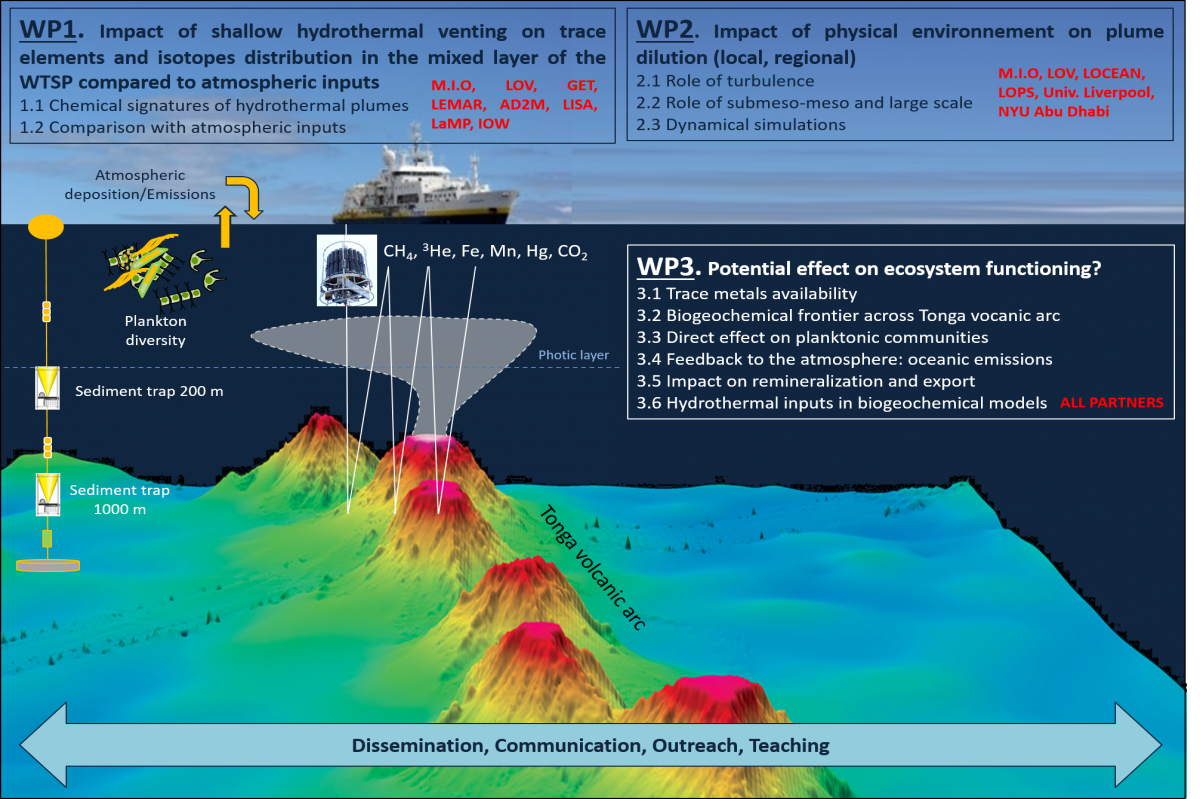