BIOSWOT - Satellites for the study of plankton 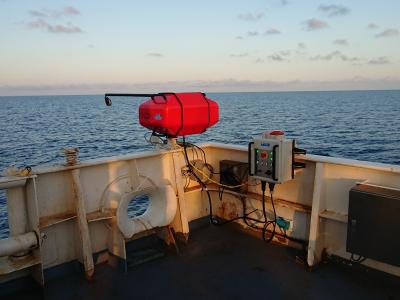 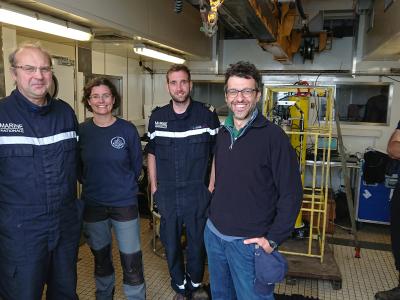 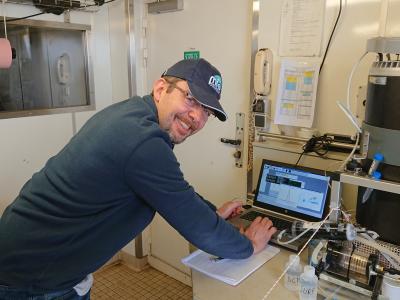 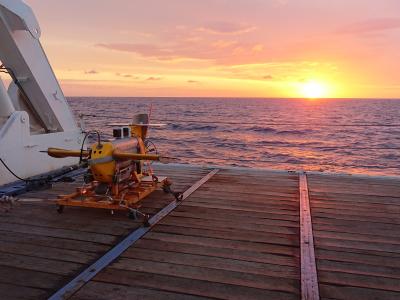 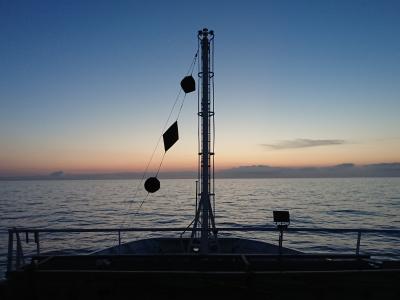 In the framework of the BioSWOT project under CNES (PI F.d’Ovidio, LOCEAN), the MIO has developed a collaboration with SHOM (Service Hydrographique et Océanographique de la Marine). A.Doglioli and G.Grégori were onboard the BHO Beautemps Beaupré for the PROTEVS*-SWOT** cruise (PI F.Dumas) in the Occidental Mediterranean Sea to the south of the Balearic Islands from April 28th to May 16th.

In close interaction with a team on land (A.Petrenko, S.Barrillon, L.Rousselet, M.Thyssen) and in contact with colleagues from the IMEDEA and SOCIB (PI A.Pascual and J.Allen) onboard the r.v. "Garcia del Cid", the researchers from MIO studied the role of currents on the structure and dynamics of the phytoplankton community.

These microorganisms play a major role because they form the basis of the trophic network, participate in the cycling of biogenic elements, and fuel the ocean with dissolved O2 through primary production. An automated flow cytometer, Cytosense (Cytobuoy), was implemented with the water supply from the TSG of the ship to study phytoplanktonic cells at the single-cell level and at high frequency (every half hour). The cruise’s sampling strategy was formulated thanks to a detailed analysis of near-real-time satellite data. 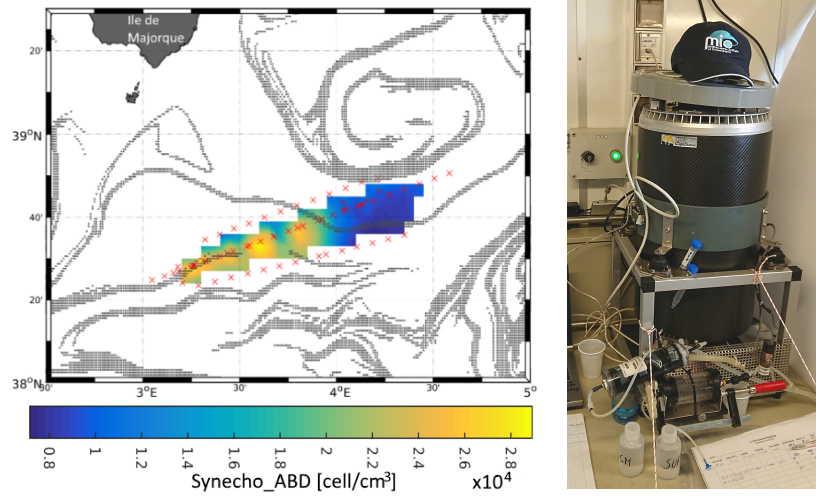 Map of FSLE filaments (gray, left) calculated from CMEMS sea level real-time satellite (NRT) data (available from the ODATIS catalog) on 09 May 2018, superimposed on the sampling stations (red crosses) along the trajectory of the BHO Beautemps-Beaupré, and the density of micro-organisms (color pixels) determined on board thanks to an automated flow cytometer (measuring device in the photo on the right). The FSLEs make it possible to follow over time the state of dispersion of the particles in the water. The filament structures evidenced here represent barriers created by the currents that the particles cannot cross. MIO/LOCEAN Crédits.